The tunnel is situated in Bremen in a new 90 cubic meter ice laboratory with integrated icing wind tunnel. Fraunhofer IFAM researchers and their project partners from industry and R&D organizations will now be able to test anti-icing systems under realistic conditions at temperatures down to minus 30 degrees Celsius and at wind speeds of up to 350 kilometers per hour. 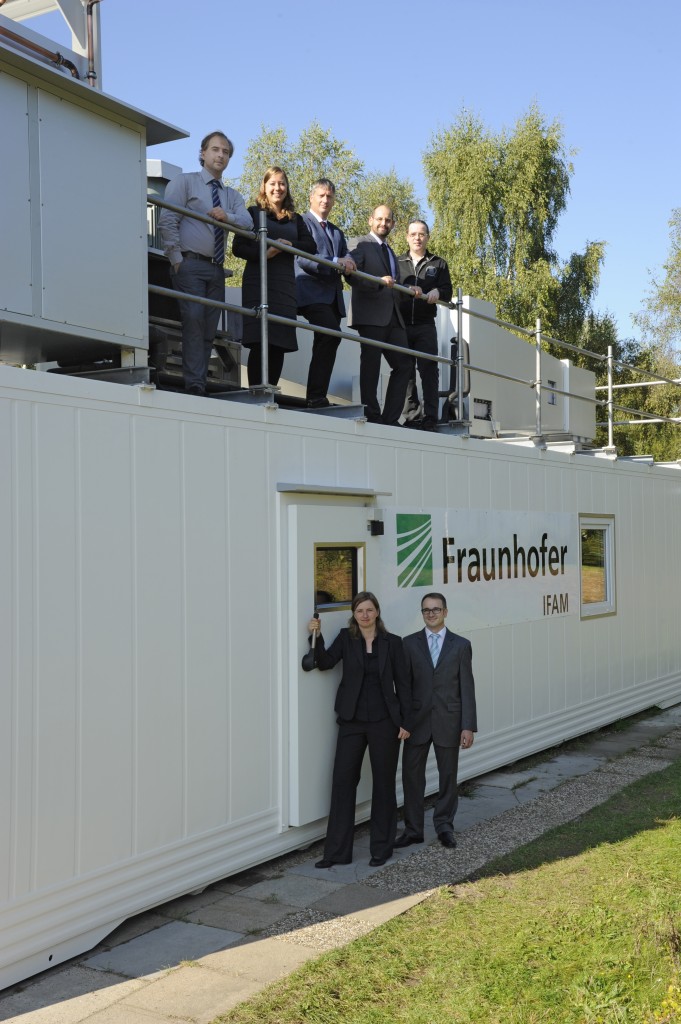 The anti-ice team from the Paint/Lacquer Technology Department.

The icing wind tunnel is equipped with special control and monitoring equipment: to get defined ice formation the water injection and air humidity can be precisely controlled. An infrared camera simultaneously records the icing process and the heat distribution on the surfaces.

The new test laboratory with icing wind tunnel will facilitate ongoing and future R&D projects and will be used for fundamental research work, ice adhesion tests, and the investigation of surface icing by snow, rain, and supercooled water droplets.

Intensive R&D is underway to develop ever more effective technologies for preventing the formation and adhesive of ice on technical surfaces. Fraunhofer IFAM is investigating a variety of solution-oriented approaches and for minimizing ice formation. These include, for example, heatable coatings and their integration into a total coating concept.