A Canadian survey shows that the greatest cause of production loss in wind energy in Canada is due to icing. It is at par with gearbox failures.

The survey suggests that 35 percent of the respondents believe that the greatest cause of production loss is due to icing (icing of blades, or icing of instruments.

– This is not entirely surprising, says Matthew Wadham-Gagnon, project leader at the wind energy research institute TechnoCentre éolien in Quebec. 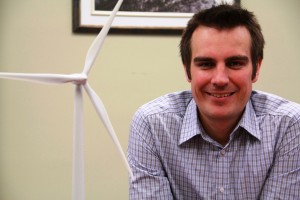 An earlier  study from Natural Resources Canada estimated that Canadian wind farms lost approximately $100M in production due to cold climate in 2011 when the installed capacity was at 5.26 GW. The study also showed that by 2012, the added capacity in Canada lead to annual losses of $192M due to cold climate.

Now that many turbines are operational, a growing number of Canadian project stakeholders are urgently looking for advice, strategy solutions, technology, services, hardware and software to address their challenges.

However, with Canada’s harsh, cold climate there are a number of environmental issues that can cause production losses, often higher than in other geographical locations.

– Hot air de-icing seems to be the closest to technological maturity.  Thermal-electric solutions are close second whereas anti-icing coatings have some ground to cover before meeting the industries expectations.

– There is also work being done to reduce production losses based on how the turbine controller behaves in icing conditions by adjusting certain parameters such as to minimise the aerodynamic penalty of ice on blades.

The Canadian survey, conducted by Wind Energy Update, was anonymous among 100 respondents operational in the Canadian Wind industry. The aim was get an overall view on what the main causes of power production loss are, how it affected them and the solutions available to combat further losses from occurring.